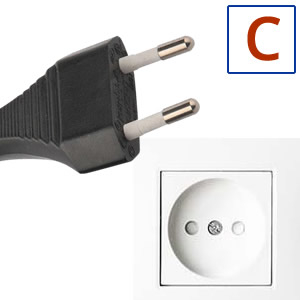 If you are planning a business trip or vacation to Angola, you need to know the following information:
Many hotels are ready for tourists and have electrical outlets of various types. You can use the area code for Angola, call the hotel and find out which electrical outlets they have.
Support us: